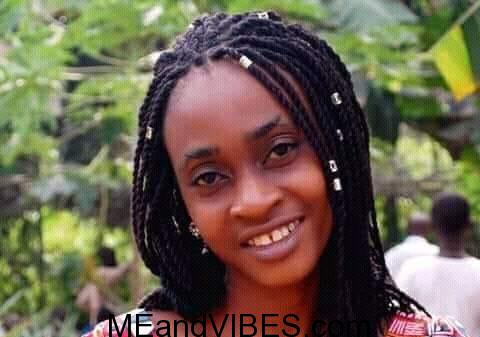 A female journalist in Akwa Ibom State, South-South Nigeria, has been thrown into jail for taking photos of task force officials who raided a city spot.

The spot is said to be notorious for illegal street-trading.

The journalist, Mary Ekere, has so far spent two nights in the prison as the journalists’ union in the state battles to secure her freedom.

Ms Ekere covers the Akwa Ibom State House of Assembly for The Post, a local newspaper in the state.

She was walking past a popular recreational spot called Ibom Plaza, in Uyo, the state capital, when she saw officials of Akwa Ibom government task force raiding the spot.

She decided to take some snapshots of their operations, Gideon Ekere, the editor-in-chief of The Post, told PREMIUM TIMES.

“They were on illegal operation, obviously. So, they arrested her for taking the photos, pushed her into their vehicle, and then threw her into jail just like that!” Mr Ekere said.

The task force is under the state government’s Environmental & Waste Management Agency headed by a man named Prince Ikim.

The journalist was arrested on Monday around 12:30 p.m. and later remanded in the Uyo prisons the same day.

CHECKOUT:  Dino Melaye ‘Unable To Stand’ At Resumed Hearing Of His Criminal Trial In Abuja

The journalists’ union in Akwa Ibom made frantic but unsuccessful effort to secure her release, on learning about her arraignment.

“I went there (the court) in the morning, we were assured (by Prince Ikim) that bail conditions would be given to her and that she would be released,” Amos Etuk, the chairman, Nigeria Union of Journalists, Akwa Ibom State Council, told PREMIUM TIMES, Tuesday night.

Mr Etuk said he also got assurance from the prosecutor the journalist was going to be released on bail on Tuesday.

Ms Ekere met her bail conditions but was taken back to the prisons because the magistrate had left without signing the bail documents, PREMIUM TIMES learnt.

Ms Ekere’s parents, who spent all day in court, felt sad to see their daughter taken back to the prisons.

“I left the court and went back to the house to prepare food for her to eat, but I was surprised to see the father come back alone,” her mother said, sobbing.

“That girl has not committed any offence!”

The NUJ issued a statement on Tuesday night condemning the arrest and arraignment of the journalist.

“The State Council demands her unconditional release on or before noon on Wednesday,” the union said in the statement.

Diamond Ifiok, the information officer at the Environmental & Waste Management Agency, told PREMIUM TIMES that some unruly boys engaged the officials of the task force in a fight.

“Mary Ekere was within the area when this thing happened; she didn’t identify herself as a journalist. It was later at the court that she said she is a journalist,” Ms Ifiok said.

She said the chairman of the agency, Mr Ikim, has been informed about the journalist’s arraignment and that he was surprised she has not been released.