Anambra have a very creative Governor who loves to express his creativity once in a while.

Awka residents woke up to yet another beautiful invention by the Obiano Administration.

A giant City bell! A replica of the ones used in the days of the Roman Empire.

The bell has caused a lot of excitement in Awka as people claim the bell will ring whenever it is time for morning mass or angelus.

Feels good to live in medieval times without making use of a time machine to travel back.

Anambra people await the next creative idea the Obiano Administration will come up with.

There are rumors of a Noah’s Ark on the great Omambala River coming up next. 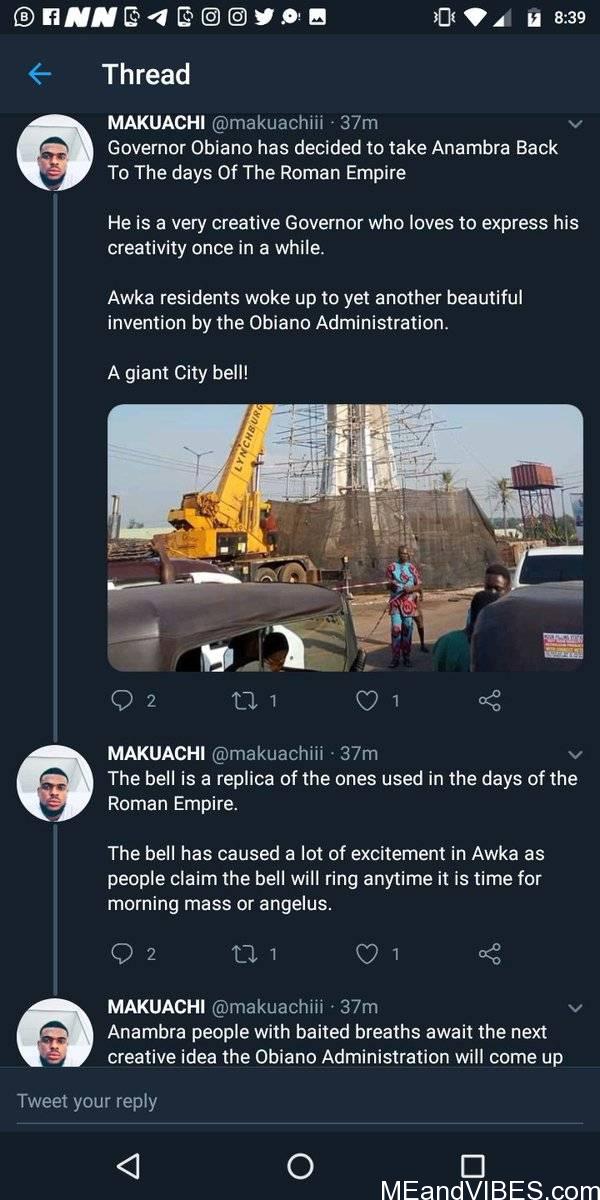 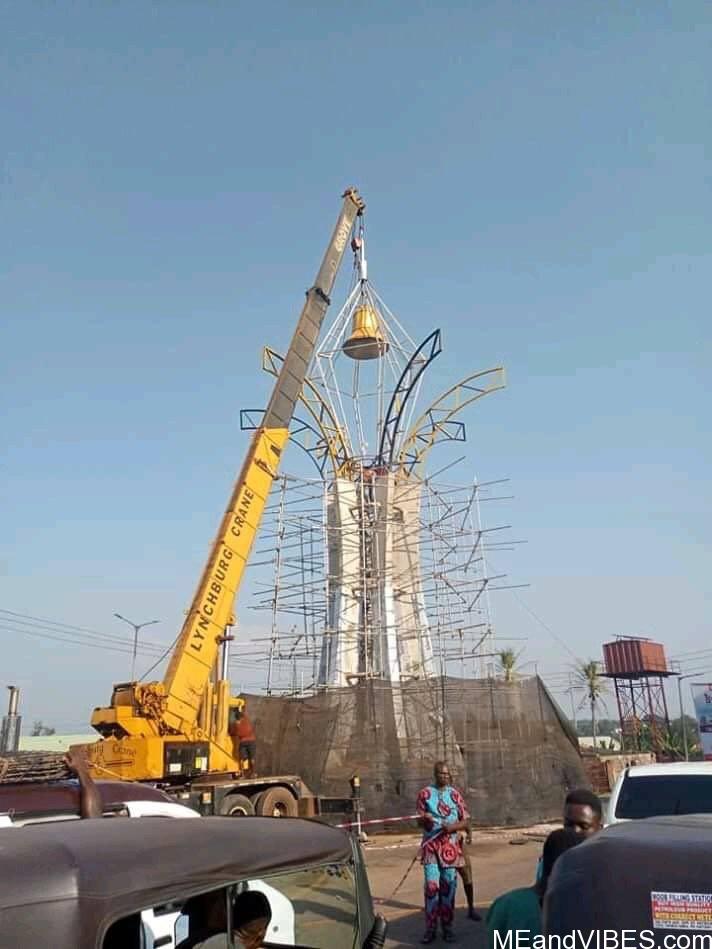