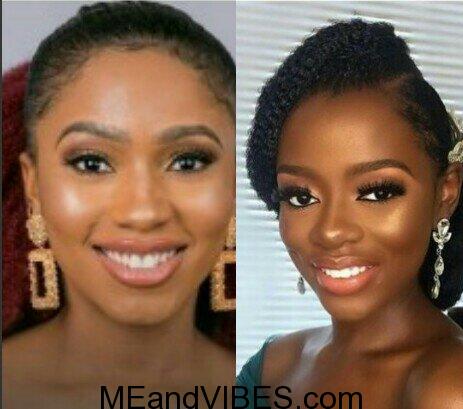 Following intense speculations that BBNaija Contestant, Mercy is a lesbian, An Instagram user has strongly come on social media to confirm reports that have generated fire and mixed feelings.

Upload your Song
This is coming after the Mercy and Diane had a passionate moment of solitude to their selves, a moment that many Nigerians mistook for lesbian inspired activity.
However, this Instagram user strongly claims she knows mercy is a razzy lesbian in Ikoyi Lagos, quite popular and that she is trying to possess Diane and also usingIke’s feelings for her as her own strategic prowess in the house, leaving us to believe Mercy’s relationship with Ike is a Hoax.
Here is a brief draft from the brawl on Instagram;

@underscoretofy stop being a liar here biko if you need glasses ask for one I watched that scene around 2:34am that was when it happened that was when her hair was short with gold that scene happened in the closet show your neighbors if you can’t see properly thanks

@bbn_tacha_lover calling mercy a lesbian wont help matters u know, ive seen the video and cudnt help but to say humans are evil and spiteful. Is people like you that brought out their time to edit and post rubbish abt an innocent girl cause i watched that scene, mercy was only begging diane for some coins to escape last week eviction nothing like kiss happened but you humans will stop at noting than spreading stupid rumor. Both pple that are watching and pple that are not everybody wants to talk but keep talking we know the truth 😂

@annableobi you are a liar Aunty if you need glasses tell me. You can’t take it so I’m not surprised because you’re mercy fan sister they kissed around 2:am on that day. How can you accept it when you also suck Your fellow girls pussy it’s fine but if everyone can go to #bigbrother_2019update_ and watch that video close to Avala and isioloma picture please watch very very closely how the both mouth sounded after that kiss The Next day Diane and mercy became very close you can hardly see Diane sleeping close to tuoyo after that act see let me tell you I know a lesbian if I see one and after watching that video you still go blind to see nothing wrong aunty go and suck your pussy even on his page he wrote two lesbians because he clearly saw what went down that night.. so please next time I need a girl that doesn’t like or engage in lesbianism to answer me thank you

@annableobi even without her being in the house she’s a hard core lesbian that I saw messing herself up after a video shoot in island lesbianism is a popular uniform especially for video vixen in Lagos. I say fact this is legit Truth I don’t like talking about anyone but you-all ask for it she has no home training

You can continue below (In case you can’t see Images, kindly tap image to expand!):

Lastly and most importantly share this article! (#BBNaija, Mercy Is A Hardcore/Razz Lesbian With Diane At Ikoyi Lagos – BBNaija)