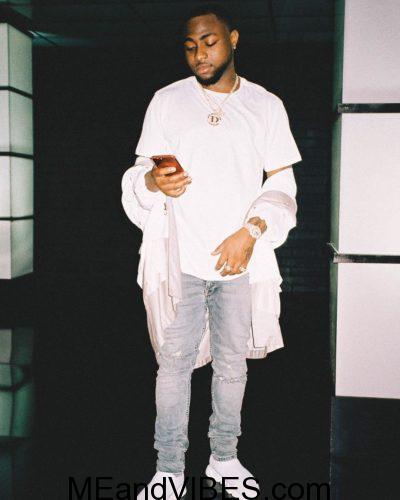 The superstar singer took to his Twitter page some minutes ago to vent his support for the South Africa based Big Brother housemate. In his tweet, Davido revealed he is friends with three housemates; Tacha, Kimoprah & of course Omashola of the whole 21 housemates that were in the house. He however revealed he didn’t support anyone of those three earlier in the game so he wouldn’t seem unfair to the other two. But the OBO now reveals since two of the three people he was willing to show support have been evicted, He would have to propagate his support for Omashola.

He wrote; “I had 3 friends in the big brother house and I said to myself It wouldn’t be fair if I chose one .. the 3 were Kim Oprah tacha and omashola .. since it’s just down to won !! It’s only right ! So I say omashola for the win!!” 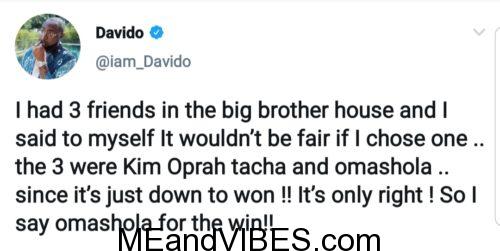