Dear user, Sorry for the redirects and pop-ups that make it difficult for you to download from this platform. This is because we need huge amount of funds to maintain this platform. Kindly support us with any amount of donation CLICK HERE to Chat with us for Details . Your Donation can go a long way in removing the Ads.
Don't Get Bored Again, Join The Best WHATSAPP Tv Now And Get Every Latest Gists & Trends As E Dey Hot Now,
Join OmarPet TV Now And Thank Me Later,,, Invite Your Friends To Join Too,CLICK HERE To Join 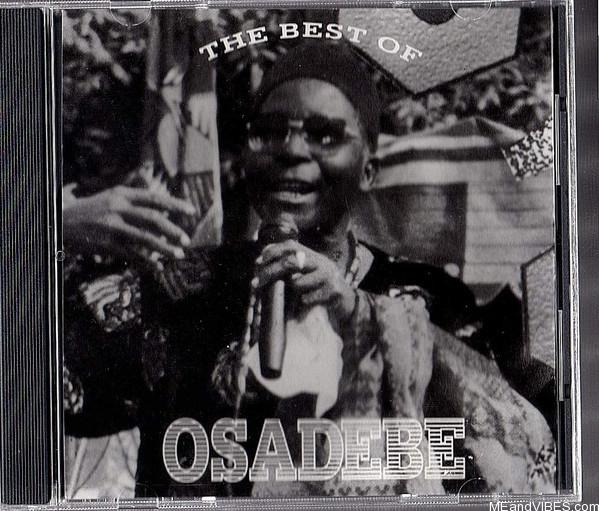 Description: Osadebe died on 11 of May 2000. Chief Stephen Osita Osadebe was an Igbo Nigerian highlife musician from Atani Onitsha, Anambra State Nigeria. He is one of the best known Igbo highlife musicians. Enjoy his mixtape

Chief Stephen Osita Osadebe (March 1936 – May 11, 2007), often referred to as just Osadebe, a Nigerian highlife musician from Atani. His career spanned over 40 years, and he is one of the best known Igbo highlife musicians and king of highlife music. His best-known hit was the 1984 single “Osondi Owendi”, which established him as a leader in the highlife genre and was one of Nigeria’s most popular records ever.

Osadebe was born in March 1936 in Igbo town of Atani in Southeastern Nigeria. He came from a line of singers and dancers in Igboland. His genre, Highlife, encompassed Igbo and traditional musical elements. Along with this, calypso, samba, bolero, rumba, jazz and waltz were also present in Osadebe’s musical style. It was in his high school years in Onitsha, a major commercial city near Atani, that Osadebe grew interested in music.

Osadebe started his career singing at nightclubs in Lagos in the southwestern region of Nigeria. He had been a part of The Empire Rhythm Orchestra, led by E. C. Arinze in which he had learned much of his music skills. A prolific composer, Osadebe released his first album in 1958, and went on to write over 500 songs; half of which were released commercially. After stints with the Stephen Amache Band the Central Dance Band, in around 1964 Osadebe struck out as a bandleader with his group the Sound Makers.

As he became better established, Osadebe’s style matured to include social commentary, similar to, but not as confrontational as Fela Kuti. Personal trials and tribulations was usually the main topic of his commentaries. Osadebe often extended his tracks for his audiences enjoyment, allowing room for ‘people on the dance floor’ to indulge in the songs.

“Osadebe succeeded in breaking away from the conventional big band format established by the pioneers of the music, a format that favoured melodic progressions that were in the common meter, church hymnal tradition. He succeeded in completely transforming highlife into the call-and-response pattern of African music.”

Following the Nigerian Civil War in the late 1960s, the massive exodus of the eastern peoples of Nigeria (especially the Igbo) out of western Nigeria had caused the death of the Highlife’s prominence in the then capital, Lagos. During the war and after the war Osadebe maintained his scheduled live performances. Jùjú music and later Afrobeat took precedence in Lagos, and in the 1970s James Brown and various other music forms became popular in the city. In this same decade Osadebe’s career had reached its zenith. After turning 50 in 1986, Osadebe started to give priority to fatherhood and gave more of his time to his son Obiora and his other children from his wives. One of Osita Osadebe’s last album’s is Kedu America.