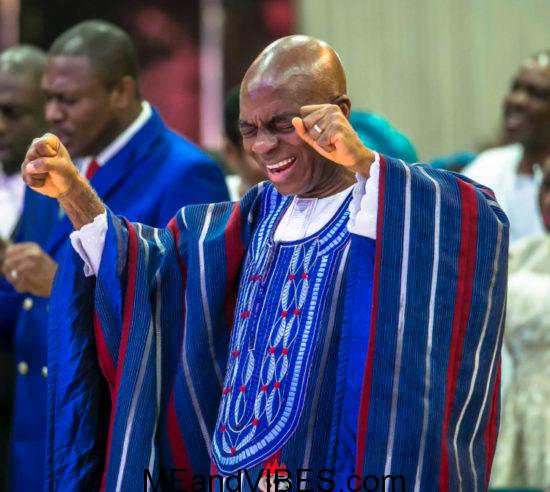 The Winner-Man, Bishop David Oyedepo, otherwise known as Papa by his teeming followers and admirers, is a no-nonsense fire-brand preacher, teacher and faith entrepreneur of the highest order.

A stickler for excellence, this Christian professional (architect) is doubtless one of a kind! He has managed to form a perfect blend of discipline, spirituality, visionary leadership and entrepreneurship.

Although his galaxy of achievements is up there for all to see, many still find it difficult to comprehend how an individual could consistently maintain such a flawless trajectory in life and still have enough smiles to spare.

Bishop Oyedepo can safely be referred to as the Encyclopaedia Biblica. He reels out scriptures endlessly verbatim in his teachings and sermons even without opening the Bible. This is the result of ‘eating’ the word and ‘vomiting’ it fully digested, for the edification of his audience.

The Bishop is also a voracious-reader of both scriptural and secular literature in an endless quest for knowledge. He is a believer in versatility and does not believe in mediocrity under the guise of spiritualism as lots of modern-day Christians are wont to do.

In coming up with this write-up, it took a great effort to dig down deep enough to find any additional information about this exceptional man of God. Being an author par excellence, he has written a lot to provide uncommon practical ‘insights-to-life’ for his teeming audience. Similarly, a lot has been written about him, both online and offline. I discovered a key cited in the Biblical book of Matthew, Chapter 6, Verse 33. This seemingly innocuous scripture known to all is the driving force behind Papa’s colossal imagery. He has been able to master its simplistic implications and blended it with personal discipline, honesty, forthrightness and complete faith in God.

Another open-secret of Papa’s success is his amiable wife and partner, Mama Faith Abiola Oyedepo. Papa received double ordination together with her, first by Daddy G.O. Pastor Enoch Adeboye and later by Kenneth Copeland. To any man of wisdom, it’s clear that behind every successful man, there is a woman dutifully fulfilling her God-ordained role of helpmate. It’s no mere coincidence that Mama was rechristened ‘Faith’, which is the central theme of the entire Winners Ministries. Mama Faith Oyedepo is an authority on family life, marital success, youth and women empowerment. She has produced great offspring in David Jnr, Isaac, Joy and Love. She consistently makes great impact in the lives of the underprivileged through her Faith Abiola Oyedepo Foundation.

Papa’s humble beginning started on September 27, 1954 in the quiet, ancient town of Osogbo. He was born into a mixed-religion (Muslim/Christian combo) parental background, native of Omu-Aran in Kwara State. Papa inculcated spiritual discipline early enough, especially in the areas of prayerfulness and tithing. These virtues provided a solid foundation for Papa’s astronomical success. Papa officially became born again in 1969 under the guidance of his high-school teacher, Betty Lasher.

As an architect, he had a stint with the Federal Ministry of Housing before resigning into full time ministry. Papa would later receive a PhD in Human Development from the Honolulu University, Hawaii, USA.

His major break in life came through in an 18-hour vision from God in May 1981. The vision led him to establish the Living Faith Church Worldwide, initially called Liberation Faith Hour Ministries.

The Living Faith Church (Winners Chapel International) started in Kaduna and later moved to Lagos and then to the present headquarters at Canaan Land, Ota. The land area here which was virtually a virgin land covering over 500 hectares is an example of a well-planned urban development, including a university, a mega housing estate, a mega power plant, a mega church auditorium and everything you will expect from a well-organized government. The 50,000-capacity auditorium presently runs about four services every Sunday, each always filled to capacity.

The Ministry of Bishop Oyedepo has a unique signature, centred on the theme of Faith and Dominion Prosperity. It is built on the principle of putting God first, as captured in the verse in Matthew 6:33. The Bishop deliberately encourages all his followers, mentees and associates to spare no effort in planting sacrificial seeds in the vineyard of God as the master key to personal and corporate exponential growth. This principle is openly practiced by Papa himself.

The fighting spirit in him also recognizes the need for effectual deployment of the entire Christian arsenal, including praise-worship, fervent prayers, prophetic utterances and blessings. The father-figure in Papa spans the Nigerian religious landscape with many notable men of God openly affirming him as their mentor.

The ministry of Bishop Oyedepo transcends spirituality to include service to mankind in the areas of basic needs, such as housing, education, charity, entrepreneurship, leadership and a host of others. Based on his effectual teachings, the church has experienced monumental growth, locally and internationally. An insight into the magnitude can be gleaned from statistics. The Living Faith Church Worldwide is a mega church with a global network in more than 65 countries. Between April and September alone, over 5,000 new branches of the church were established.

Most of the achievements of Bishop Oyedepo are in the public domain. However, it is necessary to mention a few of the less visible ones, especially his authorship of many bestsellers on themes such as Faith, Destiny, Breakthroughs, Wisdom, the Supernatural, Prayers, Divine Health, etc. We capture some of his philosophies in quotes such as, “it’s character that gives birth to capacity. The loss of character is equal to the loss of everything”; “don’t let life master you. You must learn to master life”; “your dream of getting to the top may not be fully realized if all you are doing is merely wishing and not working”. Times magazine once asked Papa why he works so hard and does not take off time to rest, since as the saying goes, “all work and no play makes Jack a dull boy”. His response was simply, “it depends on the kind of work Jack is doing”.

As the whole world celebrates Bishop Oyedepo @ 65, l do join others to wish him many more fulfilling years ahead. It’s my fervent prayer that God Almighty blesses this nation with more entrepreneurial champions of Papa’s ilk.

May Papa’s later life be greater than the sum of his existence so far! Long live Papa, Bishop David Oyedepo!